The Story of Pakistan’s First Female Rapper: Eva B

The Story of Pakistan’s First Female Rapper: Eva B 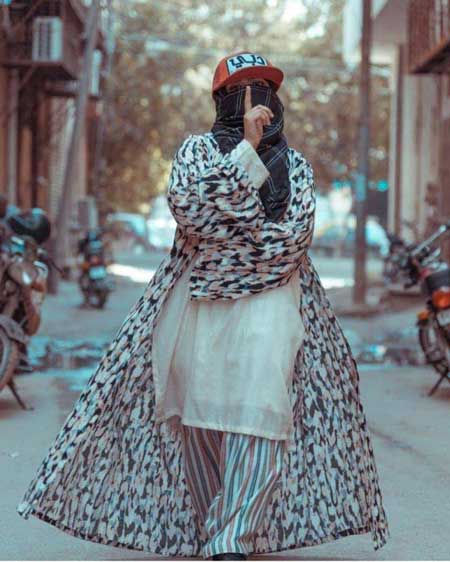 Does Pakistan have a female rapper? What? Since when? Exactly my reaction!

Lyari- the hub of immensely talented people and especially youth, has a history of gang wars and violence. However, with its local talent, it has gone beyond any other town or city in Pakistan. From football to rap, the level of Lyaari’s ‘swag’ is par excellence.

When we talk about rap music, we can only think of men ———– somehow. Cardi B and Nicki Minaj are successful American rappers, however, no desi female rapper has made a mark or a ‘recall value’ so to say.

Hailing from Lyaari, under the pseudo name ———— Eva B, a young girl decided to produce hip hop music. She has been rapping for the past six years along with her cousin Meer, who also happens to be a rapper.

After the much-celebrated Indian hip hop rap, Gully Boy, Eva B, and her cousin produced its female rendition ‘Apna Time Ayega’, last year. It’s a song that gives voice to women and motivates them to grow just like their male counterparts.

Have we ever heard of a star hiding their identity? Sia, yes. Secret Super Star- the famous Bollywood movies, yes. Here we have Eva B who chooses to hide her identity from the world. She commented about the reason behind it:

“When I told my family that I wanted to rap, my father and my brothers instantly said no. They told me that rapping would bring nothing but a disgrace to the family. Demotivated, I gave in to them and decided not to pursue this passion. It was Meer who talked to my parents and my siblings. He actually persuaded my family for allowing me to rap. However, I couldn’t use my real name nor could I reveal my identity”, said the rapper.

“As far as my real name is concerned, I know for a fact that I can’t hide it for a long period of time. However, my veil is something I would never give up. No matter wherever I go or whatever I do. My veil is something I like to keep close to me. As a rapper, there are few things that become a part of one’s personality; it becomes the rapper’s identity. For me, that thing is my veil. I want people to know me for my lyrics, and my veil keeps that element alive for me”, Eva added.

She recently released a new rap song called ‘Quarantine Baji’ which again serves as a voice from millions of women in the country.

“The first time I heard rap, I was 14. At first, I couldn’t decipher a word because rap is really fast. I instantly fell in love with this style of music. At that time, I didn’t even know this was called rap. My cousin Meer told me about it and explained the entire science behind it. In the truest sense, my journey kick-started from there. I would download entire albums of Eminem and Tupac Shakur and memorize entire lyrics even if I didn’t understand a word,” Eva reminisced.

Eva believes that for women, the struggle in the industry is twice as tough and challenging, there’s a lot of backlash from families which hinders their talent or going up on stage.

The young rapper also had her first song for Patari which where she performed with Zari Faisal. With her interview in a newspaper, she commented on how difficult it was to make a track due to lack of resources in her locality; no recording studios, or setups.

“The first single I did for Patari was a difficult one. I had written the lyrics but rapping on a beat without any technical help was like a nightmare. With zero options left, I recorded my song sitting inside my cupboard on a mobile phone. It was tough, but we somehow worked it out.”

We all remember Momina Mustehsan’s hip hop dance performance from Lux Style Awards but very few people know that the voice behind it was of Eva B’s.

Our Gully Girl wishes to make songs about important issues in the country such as early marriage, unemployment, education, etc. She also aspires to be one of the top hip hop rappers in the country.

May that day come soon and Eva shines in front of our eyes forever!