Lok Virsa, a cultural cradle located in the lush greens of Islamabad, is a home for many artists and artisans. These individuals are often associated with a nomadic lifestyle, characterized by a profound, immaterial, & aesthetic approach towards life.

Established in the 1970s, Lok Virsa’s world has been pinned onto promoting cultural diversity and preserving as well as documenting the rich heritage of Pakistan. Lok Virsa has been not just a home but also a birthplace for versatile talents and skills irrespective of the religious or social identity. It has been offering opportunities for the promotion of performing arts through classes to teach the history of music specifically the classic, folk music as well as instruct students in the use of musical instruments like Flute, Rubab, Sitaar, and Harmonium. This act of reviving a creative space started after an official announcement was made in November 2016 from the official Lok Virsa website. (lokvirsa.org.pk)

Creative nomads or more commonly known as ‘Malangs’ have been adding colors to Lok Virsa for quite a few years. Lok Virsa, since its inception, has been serving the creative nomads or Malangs. Not only has it provided the raw talents with the perfect platform to showcase their skills but has also given them the full freedom of expression. This is perhaps the main reason for the exquisite and diverse outcome we witness at Lok Virsa every single day.

This blog aims to discuss in detail the creative nomad’s culture, its origin, development, and challenges in the local as well as the global context.

A nomad, in the simplest definition, is a member of a community of people living in different locations, as they are often moving from one place to another. Creative nomadism, however, is more of an artistic approach to life. It evades the unnecessary and unhealthy desire of possessions and encourages one to live an ascetic life as a way to find and identify with beauty in everything that meets the eye. 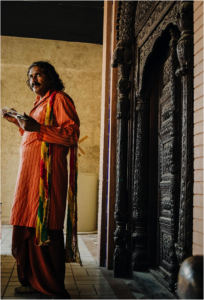 A book by the name, ‘Travel, tourism and art’ by Dr. Jo-Anne Lester dedicated a whole chapter to the nomadic lifestyle and the soul it has, talking about the practices and their transformative and creative effects. It is concluded in the chapter that these creative nomads find meaning and context to produce art in temporary settlements outside the traditional environments and by doing so they oscillate between homelessness, estrangement, and belonging. She further talks about the similarities of the traditional nomadic lifestyle and diasporic artists, moving from one place to another. However, it is clearly stated that artistic nomadic practices are not borne of necessity but are a lifestyle, the product of learned appreciation.

To talk in a local perspective, the Nomadic or Malang culture has been grasping the attention of a significantly large audience. These souls perform not for fame, money, or any other worldly purpose but to be able to connect with the higher being and therefore, establish a pure relationship with the creator. The Malangs of Lok Virsa have been performing for quite a while, attracting applause within the larger community.

The term Malang has different meanings depending upon the region where the term is being used. At times the word is used to refer to Madaree (stage-magicians), Fakir (either beggars or holy-men), Qalandar (wandering Sufis), Charsi (hashish addicts) or Divanas (possessed madmen). When it refers to the “wandering madmen” it is meant to be taken in a poetic connotation, not a literal one. However, a common understanding amongst the masses tells that the term ‘Malang’ is very much linked with the Sufi sect. It is usually used to refer to Sufis, their saints, or people who live in the shrines of Sufis.

As understood by the majority, a “Malang” is broadly referred to as someone whose love for the higher being makes them “mad” i.e. they lose all connection with the trivial and material things of the world. Practically the Malangs are people who reject all modern-day institutions, not fitting into any fixed stereotype. Instead, they are simple beings who dedicate their lives to simply understand and admire the Creator. Malangs do not engage in politics, committees, jihads, or other noble, lofty ideals that may be deemed devoid of value by them. They live freely and candidly, often turning out to be thoughtful individuals. The only philosophy they follow is seemingly simple yet challenging for many; to live and let live.

The ideological incline of these Malangs performing at Lok Virsa is pretty much the same. They are lost in their Sufiana kalams and Qawwalis yet captivating the people with their voices and melodious tones. Conspicuous due to an eccentric choice in attires, they remain connected to the roots. They come to carry an aura of genuineness, reflecting upon their unique and original cultural and traditional values. And thus, by defying the societal norms, for many or perhaps the majority, this lot may appear as madmen or “Malangs”

However, spurning from the standards does not come without a charge. Malangs are often criticized and misjudged as extremists; who manipulate naive minds and have an allegedly secretive agenda behind their actions. In an article published in Dawn News by the name, “Exit God, enter Madness”, the writer narrates an incident of south Punjab where a Malang was arrested for some unproven accusations of blasphemy. Within custody of police officers, the Malang was attacked by a mob and beaten to death and the bloodied body was set on fire while he pleaded for mercy. (Exit God, enter madness, 2012). This is just one example of the extreme accusations and reactions they face every day which may or may not even get reported. 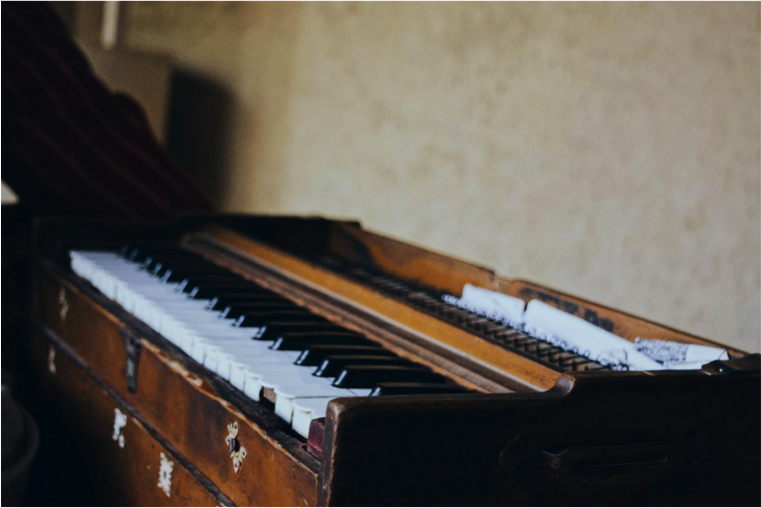 In some cases, they are blamed for being imposters who put up a facade for minting money or indulge in heinous crimes. These theoretical constructs or controversies do not spring forth from thin air. There has been a sequence of unfortunate events that provided a base for the critics to theorize on. While, there is no doubt about the presence of original Malangs in Pakistani society, there are many who manipulate the idea to their benefit, and fool people. These imposters are famous by the title of Pirs, and knowing their true identity is one thing that the locals struggle with. There are multiple reports of Pirs raping children, exorcising demons, or beating women to bend jinn to their will. All these absurdities are tolerated because of an uninformed approach. Blind faith in the authority of these Pirs is held and nurtured people, that these magic men can somehow affect the course of their destiny. The sheer numbers of devotees have somehow formed a safety zone around pirs at shrines peddling similar twisted solutions to problems arising out of life’s daily grind. It is the imposters and manipulative methods that need to be policed rather than disregarding the Malang culture in entirety. An example of this was penned in an article published by Express Tribune where a pir in Gujranwala castrated a two-year-old boy to free him of temptation and so forth “Make him a Malang”. (‘Holy’ castration…what’s next? 2011)

Given the number of such unfortunate cases occurring on a daily basis in Pakistan, it is no surprise that the Malangs face critique from the majority, as there is no proof of their credibility but for their own words. However, anyone with a basic understanding of their values and customs can easily differentiate between the fake and authentic.

Coming back to the nomads performing at Lok Virsa, featured in the photographs, it’s seen that they are a depiction of cultural vibrancy. Through their natural ability and mellifluous tones, they mesmerize the crowds daily. Their authenticity is reflected in uniquely presented musical notes and appreciation from the public. Music brings a sense of belonging for them and it is a characteristic way to express an utmost devotion to ‘The One’. Malangs might have inspired many to express their true selves, think about their spiritual side, and above all discover themselves.

To conclude, the Malang or nomadic philosophy is not a school of thought, it is neither a rigid way of life nor a list of rules and regulations. It is all about a certain group of people choosing a lifestyle they think is better and therefore distancing themselves from all the temporal things they feel take them away from their devotion to the High Ones. In a personal capacity, one could avoid forming a blanket judgment towards the Malangs community so as to allow them space wherein they flourish and add to the cultural diversity in the country.