How Pakistan is Becoming So Beautifully Diverse; 3 Pakistanis Who Made Us Proud!

How Pakistan is Becoming So Beautifully Diverse; 3 Pakistanis Who Made Us Proud!

Amidst the current situation of COVID-19 when there are hopelessness and uncertainty of the future, coming across news about Pakistanis achieving great milestones makes one feel splendid and proud of their Pakistani identity.

Following are three Pakistanis who brought us great news during the past ten days: 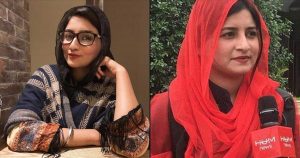 On May 16, 2020, Pakistan’s first Sikh woman journalist, Manmeet Kaur was named among 100 most influential Sikh personalities under 30 years of age in the world by a UK-based global Sikh organization. Manmeet is from Peshawar. She is also a social activist who has won numerous awards for her efforts for highlighting issues of marginalized communities, minorities, and women. Kaur expressed her gratitude by saying, “Those who work hard will reap the rewards and it is a great honor for my family to visit the UK and represent Pakistan,” Interestingly, Kaur had ambitions to become a top model but instead chose to become a journalist and serve the community by reporting on issues relevant to women and children. She is a postgraduate in social sciences from Jinnah College for Women and notes that literacy among the Sikh community in Pakistan is poor and she wanted to highlight issues faced by them while also serving as a role model.

The UK-based Sikh group is a global organization that awards people from diverse communities who contribute to humanity or communities in different ways. As per the organization, Sikhs who work in the fields of business, sport, charity, media, entertainment, education, and voluntary services are given special recognition. There are also lifetime achievement and special recognition awards given to individuals from another faith or someone who promotes diversity/ multiculturalism. 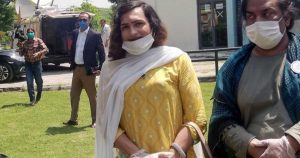 Reem Sharif is a prominent transgender activist from Islamabad and would now join the police department. Sharif commented on her appointment, “I am delighted to be in this position. Through this, I will have the option to deal with some of the most pressing issues faced by my transgender community”. “I knew I needed to live my life and be true to who I was. I need to be honest with myself, and that was coming out as a transgender woman,” she added.

We are delighted by this news as it would manage to control discrimination against the transgender community. Such role models of diverse backgrounds and identities would be looked up to by our future generation and it would make them more tolerant than the previous generations.

Earlier, Syed Kaleem Imam, Inspector General of the Sindh revealed that transgender people in Sindh will be able to serve as regular duty police officers, adding that it was time to offer more opportunities to a group relegated to menial jobs in government. The rights group Charity Trans Action Pakistan estimates there are at least 500,000 transgender people in Pakistan. Hopefully, we would see them in more diverse professional fields in the near future. 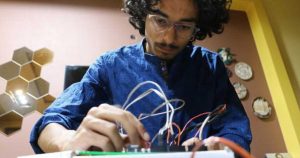 The Youngest Pakistani to Break Newton’s Record at Age 16

Known as the Youngest Pakistani Scientist, Muhammad Shaheer Niazi is a 17-year-old student who has broken Isaac Newton’s record by becoming the youngest scientist at the age of 16. Here is how it happened: The young physicist, at the age of 16 found a way to photograph the movement of ions, which form a honeycomb shape when electrically charged particles are passed through a pool of oil. His research came to light through his participation in the International Young Physicist Tournament in Russia in 2016, as one of Pakistan’s first participants. Niazi had his research published in the Royal Open Science Journal. “Newton was 17 when his first research [paper] got published in the same journal,” Shaheer proudly said in a leading daily. The 17-year-old also commented on getting an email from the New York Times referring to him as “Dr. Niazi”. “I replied that I don’t know whether I can be called a ‘doctor’ because I am just a 17-year-old student. Nobody knew before this that I was just 17.” “It was a very small thing, and only four to five research papers had been written on it, so I did not think it would get much publicity,” Niazi added.