Hindus are given the right of equal citizenship in the constitution of Pakistan which is not known to many; for marginalized communities like Bheels, Meghwars, Kolhis, and several others, their maximum destination for justice is the Police station. 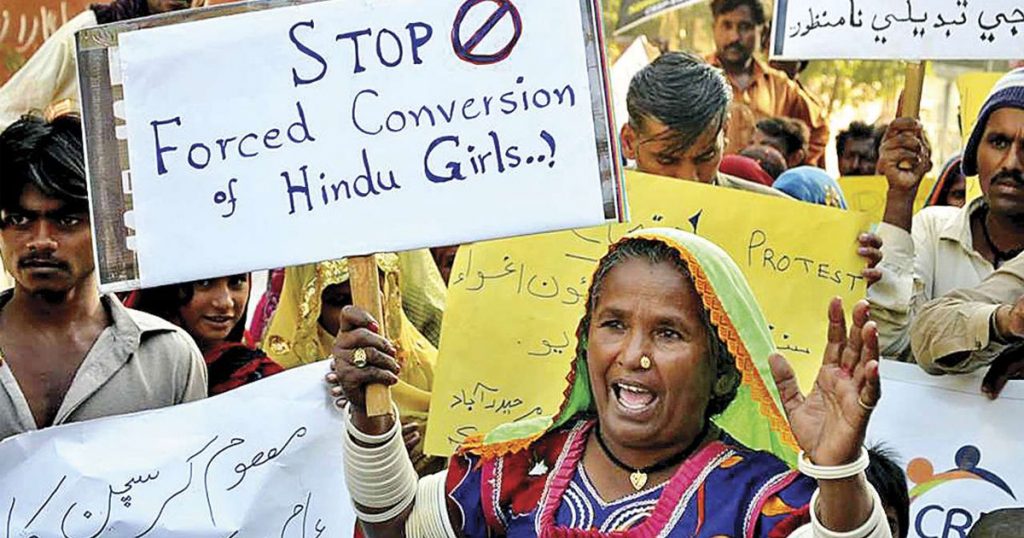 Hindus have been living in Pakistan long before the country was founded by Mohammad Ali Jinnah. Unfortunately, some individuals created situations to defame Pakistan which forced Hindus to migrate to some other country, and Hindus from poor economic or middle-class backgrounds had no other option other than India for migration. Such migration towards India is often not their will but their poor economic conditions and improper implementation of the law for their rights. A Hindu family in Pakistan who is rich and intends to migrate never chooses India for its living as there are thousands of socioeconomic worst conditions in India. Therefore, they migrate to the US, Canada, UAE, or other countries for the future of their children. Additionally, there is an assumption by many youngsters in the Muslim community in Pakistan that Hindus are not Pakistanis which is experienced several times during childhood in school or college life activities.

Hindu community does not have any concept of love marriage whereas most of the marriages are arranged by their family in which the bride and groom have never seen them before. Like an Indian society, Hindus are divided into four major categories in Pakistan which are Brahmin, Kashtryas, Vaish, and Shudras. Shudras which consist of more than 80% of the total population and are still considered the lower ones. Hindu society does not allow inter-caste marriages and cases of young boys and girls are also reported each month who elope to wed each other; due to insecurity by their parents and relatives, they find a safe space in converting themselves to another religion.

As per reports by BBC Urdu 20 girls are abducted each month who are then converted to Islam; the number of such abduction might be higher than this which can be justified by conducting fact-finding on the issue as there is very limited minority rights organization working on this topic; there are many cases from rural communities, which are not reported to police stations in Sindh, courts, media and other modes of communication. Hindus in rural Sindh have very low faith in Sindh police as at most of the places Police Stations work under the extreme pressure of the landlord of the concerned locality. Most of the station heads at Police stations in rural Sindh discuss the lodging of FIR with landlords rather than reporting it to their official heads.

Hindus are given the right of equal citizenship in the constitution of Pakistan which is not known to many; for marginalized communities like Bheels, Meghwars, Kolhis, and several others, their maximum destination for justice is Police station; which after the abduction of minor girls in rural areas ask the victim’s parents to stay silent on their issue; they are asked to wait without lodging FIR saying police will return their daughter(s). This way they wait for several days wandering around police stations and finally get a reply that police tried their best but could not return their daughter(s) which weakens the case at the victim’s side.

On the other hand, there are some cases reported in which girls are willfully converted; through a video message, individually or in courts they agree that they eloped and married at their own will; however, Human Rights Activists have different opinions. They ask for a thorough investigation in such matters as this practice ruins many other cases in which the girls were forcefully abducted or converted and denies justice for minorities.

There are some cases in which girls from marginalized Hindu communities are abducted. Such cases are not highlighted and nor given justice but if a girl of a businessman from the Hindu community is abducted or elopes herself, her case gets international attention for rights of minorities; such cases are often reported in top-level courts in Pakistan as well. It seems like Hindu girls from marginalized communities and their parents have no self-respect who represent more than 80% of the total population of Hindus and make Hindus the largest minority of Pakistan.

There is a need for law enforcement agencies in Pakistan to play their active role in the cases of abduction and conversion. Marriage before 18 years of age must be considered void in all courts of Pakistan and such law must be strictly followed whereas anyone found in making fake documents for the victim should be given severe punishment by the court. Additionally, courts should direct police stations in Sindh to lodge FIR on a priority basis and strong action must be taken against those police officers who do not follow the law.

Pakistani minorities love Pakistan and their existence is with Pakistan not without.