As both an ethnic and religious minority, Hazaras face intersectional discrimination. The community already experiences persecution and it has damaged their trust in authorities. 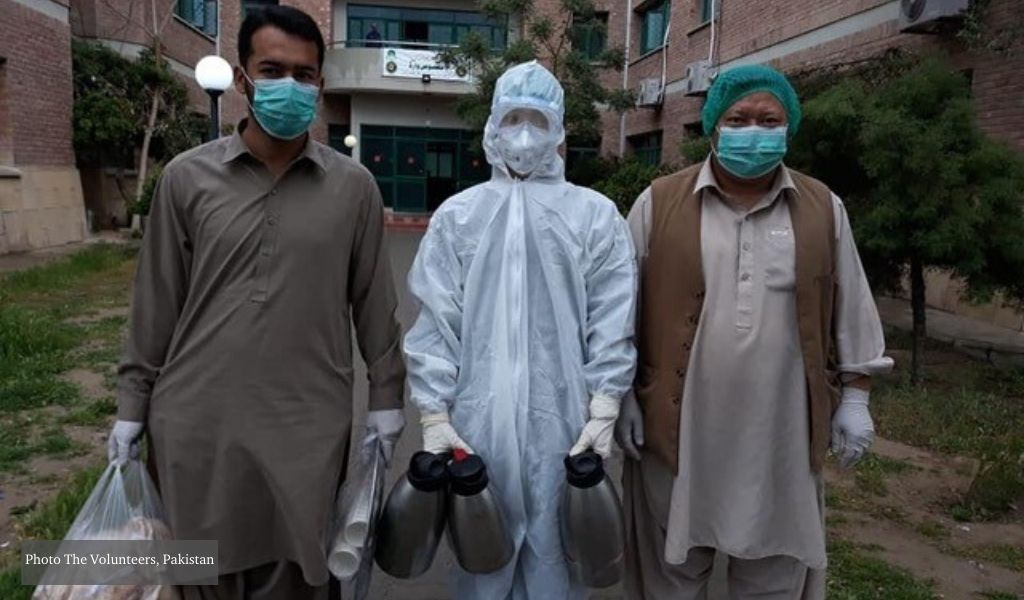 Hazara Shia pilgrims returning home to Pakistan after travelling to Iran were quarantined beyond the recommended 14 days for Covid-19, in poor conditions and with little access to information or medical care. Was their extended quarantine and poor treatment due to them being Hazara Shia, an ethnic religious minority which already experiences violence and discrimination in Pakistan? Six women share their experiences with Sadiqa Sultan, a research/development consultant in Islamabad.

“Why were we still subject to imprisonment and inhuman behaviour when we didn’t show any symptoms of coronavirus, even after 40 days of being locked up? It was unjust, we did not deserve this. When traders and pilgrims who did not look like Hazaras were sent home shortly after they crossed the border, we understood it had to do something with [our Hazara identity].”

Saeeda*, aged 50, was one of hundreds of women who in March returned from pilgrimages to the Shia holy city of Qom and Mashhad in Iran. She’s an ethnic Hazara from Pakistan’s least developed and poorest western province of Balochistan, which borders Iran.

Iran, one of the first countries where Covid-19 spread, announced its first two deaths, suspected due to the virus on 19th February; they had died six days earlier in Qom. Naturally, there was concern about Hazara and other Shia Muslims returning from Qom across the Pakistan border.

Shia believers, about 10–15 per cent of the population of Pakistan, are regarded as apostates by some extremist Sunni groups. Many face regular hostility from extremists and public calls for members to be killed. The most vulnerable are the sizable Hazara population in Quetta due to their ethnicity as well as their beliefs. Hazaras are an ethnic group predominantly based in Afghanistan, but with perhaps up to half a million living in Quetta, the provincial capital of Balochistan. As both an ethnic and religious minority, Hazaras face intersectional discrimination. The community already experiences persecution and it has damaged their trust in authorities.

Pilgrims repeatedly mentioned that only Hazara pilgrims were subject to isolation and discrimination. They were quarantined in a tented camp at Taftan on the border at first, then at Mia Ghundi (outskirts of Quetta), and finally at either Haji Camp or Sheikh Zayed Hospital, both in Quetta itself.

“Initially there were none-Hazara pilgrims as well with us at Taftan. [But] they were sent home soon after. Other non-Shias were not stopped at all for screening or testing for Covid-19 and were let go” said Nusrat*, 45.

Even if they had not travelled to those same cities in Iran, these people could also have been infected. Not screening them at the border sent out the implicit message – only Shia Hazaras could be likely carriers of the virus. This, the Hazara community argues, enabled the rest of the province to spread hatred and fear against Hazara in general and Hazara pilgrims in particular.

“We were treated more harshly than non-Hazara Shias at Taftan – the authorities would not even talk to us in a normal way,” added Saeeda.

“My quarantine started upon arrival at Taftan on March 3rd and ended in Sheikh Zayed Hospital on 17th April – 44 days” shared Nusrat.

While most pilgrims were kept at Taftan camp without tests for 20 or more days, some tested negative within the first or second week of quarantine, but were still kept there for a couple more weeks. The global standard for quarantine for suspected infection is 14 days.

Misinformation, dire facilities and inadequate care for those with medical conditions

Misinformation and uncertainty resulted in panic and emotional fatigue and women were sceptical of the testing procedures. For instance, a mother who breastfed her child tested positive while the child was negative. She did not trust the result, as she did not know that similar results have appeared elsewhere.

“The cleaning staff would check our body temperature – there were no doctors and nurses available” said Saeeda.

It appears that Pakistani authorities were neither prepared nor able to facilitate proper isolation centres.

A big issue was washrooms and lack of running water. This was a challenge for all, with one washroom for hundreds of users. Although there were separate toilet facilities for women in all the quarantine centres, they were in poor condition. In Mia Ghundi, first tent toilets were arranged and later the authorities brought in some fibre plastic ones as well.

This extreme lack of facilities also affected religious obligations and prayers. Saeeda would wake up as early as 3am, two hours before morning prayers, to do her ablutions. “Around prayer time, it used to get crowded and even dirtier”.

Hafiza*, 36, recalls that at Taftan, they were only provided with sanitary protection after they had asked for it several times. “There were no bins for disposal either, causing embarrassment as some toilets were used by both men and women because of high demand”.  Some women continued to use medication they’d taken with them to skip or delay their periods while on pilgrimage (because, during them, they cannot perform certain rituals) to avoid awkwardness in the camp, but they ended up with infections and skin problems.

Hameeda*, 20, in Taftan with her mother and brother, said the washrooms were so bad she decided to starve herself so as not to have to use the toilets. Women would also go to the washroom in groups or with male family members because “Some women reported being followed when they went in the middle of night” she said.

In Taftan, Saeeda reported “I could hardly sleep in the tent. I did not feel safe. There were instances when, in the middle of the night, I saw a shadow approaching our tent. Whoever it was kind of searched and tapped the tent with his hands from outside. I was about to shout but, luckily, he did not step in. It happened several times”. She said she was sure it was not a Frontier Corps’ security guard, as they were identifiable in their uniforms with guns patrolling around the tents.

Nusrat, who was eventually moved to Sheikh Zayed Hospital said, “Usually two or three men would come at 12 or 1am to clean our wards. We were scared of them coming around that time although we were in a group of 8-10 persons in a ward”.

Although three meals were provided daily, food at quarantine centres was either not hygienic or inadequate: “Food was hurled to us as if we were animals or they would lock the door, pile up food behind the door and then would ask us to take it” continued Nusrat.

Halima*, 53, mentioned a woman with a child in a ward in Sheikh Zayed “She was probably six months pregnant. The volunteer told me she was ill and not eating well. There was no special care or check-up facility for her”.

Halima also remembered a diabetic woman who was really sick. The sick woman’s daughter made many efforts to get help for her, but all in vain. Eventually, the daughter gave up, but wanted to harm herself or someone else to get the hospital authorities to take notice.

Suicidal thoughts among the women became common, particularly for the young girls.

Nusrat recollected “We were on the third floor in Sheikh Zayed. Young girls, totally withdrawn and fatigued would, time and again, refer to jumping out of the window. What would you do if you were locked in for more than 40 days and treated like animals? We were careful though and calmed them down through engaging them in conversations and showing them entertaining videos with the limited data they had in their mobile phones”.

Nusrat’s daughter, Fatima*, 13, recalled, “I was separated from my father in Mia Ghundi. I was told that I was being taken to Fatima Jinnah Hospital for a test and would be reunited with him. They brought me to Sheik Zayed Hospital instead. I asked them why they lied to me. I was worried and cried a lot, but nobody cared. If that day my mother and her friend [they were protesting at Sheik Zayed Hospital] did not see me getting out of the ambulance, I would surely have been shifted to a different ward from them”.

Towards early April, there were some improvements due to the constant protests within and outside the quarantine centres.

“I was released on 6 April and came home. My heart was bursting. I cried for hours as if I was released from prison – the quarantine centre was indeed a prison. Other than my immediate family, no-one came to visit” said Saeeda.

*Not their real names.

** This article was originally published at the Institute of Development Studies (IDS) website.

Sadiqa Sultan is a Research and Development Consultant based in Islamabad. Her work focuses on different aspects of peacebuilding. She studied Peace and Conflict Studies from University of Otago, New Zealand. Through her work, Sadiqa envisions a world with more love, hope, peace and justice.