Bhittai Sarkar: The Life of Hope of Inspiration

Bhittai Sarkar: The Life of Hope of Inspiration 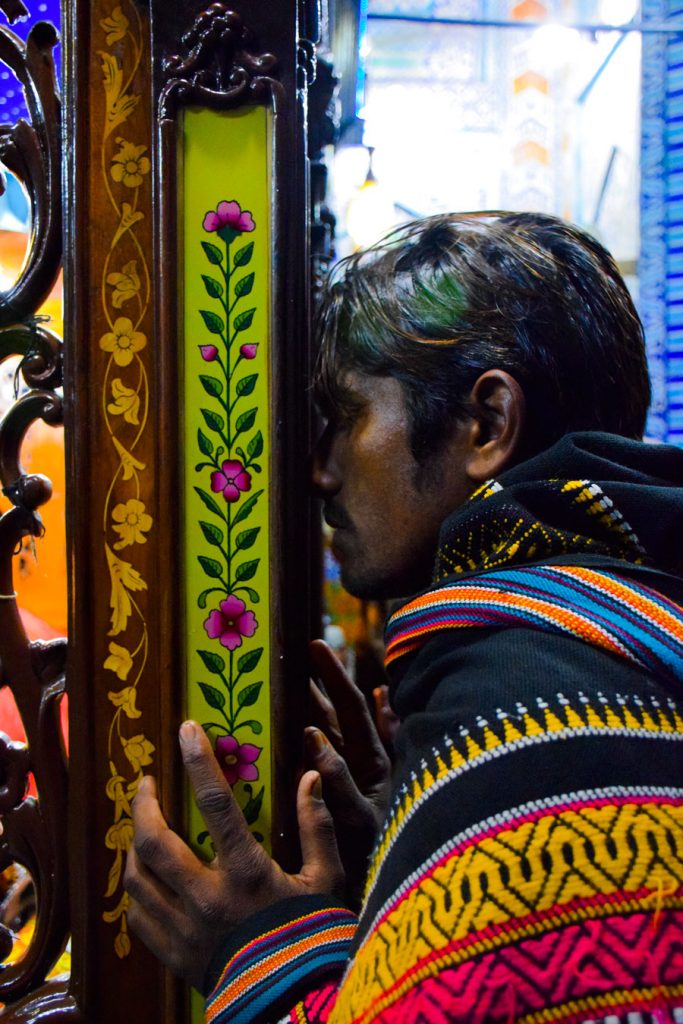 Call him Bhittai Sarkar, Lakhiron Latif, Bhitt Jo Shah or Bhittai Ghot, all these are the names given to Shah Abdul Latif Bhittai by his followers. The names that reflect love and respect people hold for the saint even 300 years after his death.

A Sindhi scholar, sufi saint and poet, he is considered as one of the greatest sufi poets to have ever lived. Born on 18 November 1689, in Sui-Qandar (Bhitt Shah) Hala, Sindh; it is said that Shah’s family migrated from Matyaru, Afghanistan to reside in Bhainpur, Sindh in search of a true spiritual guide.

Shah Abdul Latif Bhittai’s family was a well established and widely known family with a huge spiritual influence over their village as well as many neighboring villages in their times. Shah’s father Syed Habib Shah was a well-known saint of his time and his followers were widely spread in many parts of Sindh.

An efficient learner since childhood, Shah’s knowledge of Quran and the traditional values surpassed many in the line. His one of many other habits included him carrying the copies of Quran, Masnavi Moulana Rumi and Risalo of Shah Abdul Karim of Bulri; who also happened to be Shah’s great grand father and a great saint of his time. Though he grew up in Sindh and while Sindhi being his mother tongue, Bhitai Sarkar also excelled in Persian, Sanskrit, Urdu, Saraiki and Balochi languages.

Shah’s poetry goes way beyond the mediocrity lines, his language and thought process exceeds brilliance. Shah’s verses are examples of how a poet can be brilliantly detailed and yet hidden in thousands of layers at the same time. His verses convey a hidden and deep meaning that most of us could never easily decode and many have failed trying.

Shah Abdul Latif’s life gives hope and courage, his poems encourage life and justice and denounce exploitation, injustice and extremism. Sindh is a province blessed by sufi poets like Shah himself, where there is no recognition of one’s faith; where a Hindu or a Christian comes just as devoted as a Muslim. Shah’s poetry similar to his life is a message of peace, harmony, and love for the many many generations to come.

It is believed that at a very young age Shah Sahib fell in love and married a young girl who happened to be the daughter of one of their devotees. Though the marriage ended unexpectedly quickly with the unfortunate death of his beloved wife Bibi Saidha Begum; before she could bear any children. Shah Latif never married again and gave his remaining life to sufism and poetry.

Shah Abdul Latif is widely known for his two most famous things that include a book of his poetry known as “ Shah jo Rissalo” and a guitar-like music instrument Tanburo which is especially played by the disciples of Shah in the most unique way.

History suggests that in fear that his poetry will not get enough recognition by the generations to come; Shah Latif willingly destroyed all his work by throwing them in the Kiran Lake. But later Shah Sahib allowed his followers who had memorized most of his work to rewrite them.

A copy of Shah’s compilations known as “Ganj” (meaning Treasure) was formed with the help of his devoted followers which went missing in around 1854 and was found again nearly a century after the poet’s death. Earnest Trumpp, a German scholar with the help of a few Sindhi scholars managed to compile “Rissalo” a complete collection of Shah’s poetry.

Till today, Bhitt Shah is alive like any other beautiful city, with Shah’s tomb lightning every corner of the place and his devotees could be seen in huge numbers, thousands and thousands paying their visits every day to find their way into blessings of this mystical saint and poet who would forever live in the books of history and hearts of people.