‘AIK – Better Together‘  is an awareness campaign by Hive Pakistan that uses the vision of Quaid-e-Azam Muhammad Ali Jinnah for building community resilience and counter-messaging against extremist narratives. 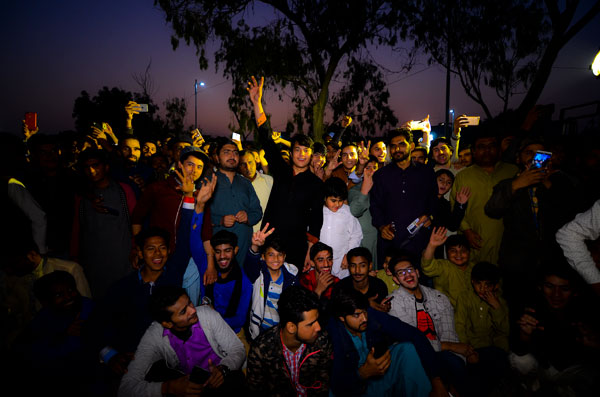 We are thrilled to announce, that HIVE Pakistan has won the prestigious Nelson Mandela – Graca Machel award for its campaign Aik – Better Together. We won in the category of ‘creating positive narratives for people power’ competing against organizations from over 70 countries.

Named after human rights icon Nelson Mandela and former First Lady of South Africa and Mozambique, Graça Machel, the 2021 Innovation Awards recognize groups that stand out for their innovative work building people power in support of human rights and social justice for everyone.

We are grateful that our efforts to show the world that emerging technology can be harnessed as a peacebuilding tool to create meaningful experiences for audiences in a way that is cost-effective and more impactful than traditional methodologies has proved to be successful. Of course, without the backing of our supporters who believed in us, this would not have been possible. We would like to dedicate this recognition to them and the Pakistanis who lost their lives fighting extremism in the country. We launch our campaign in a city by screening a holographic speech of Quaid-e-Azam Muhammad Ali Jinnah at different locations. In the second phase of our campaign we organize a series of training workshops aim to build community resilience against extremist narratives. In the last phase of our campaign we design an art installations in the city on the theme of Quaid-e-Azam’s message of interfaith harmony and coexistence.

On the social media